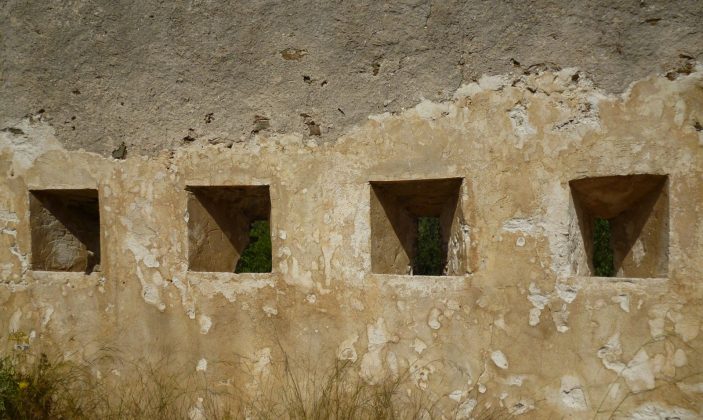 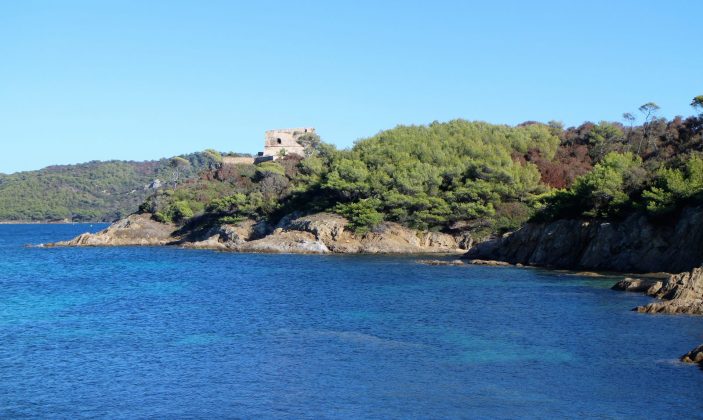 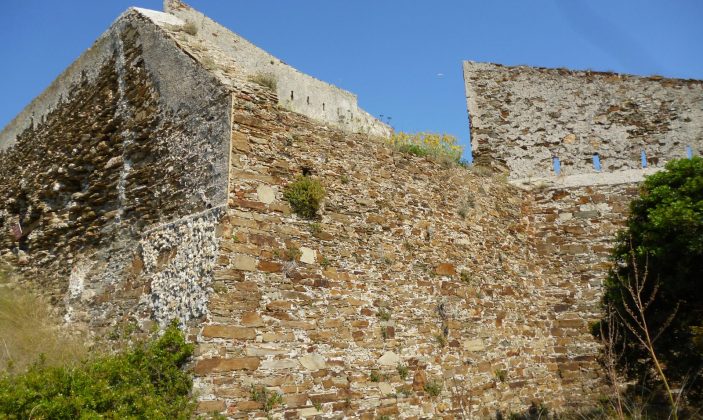 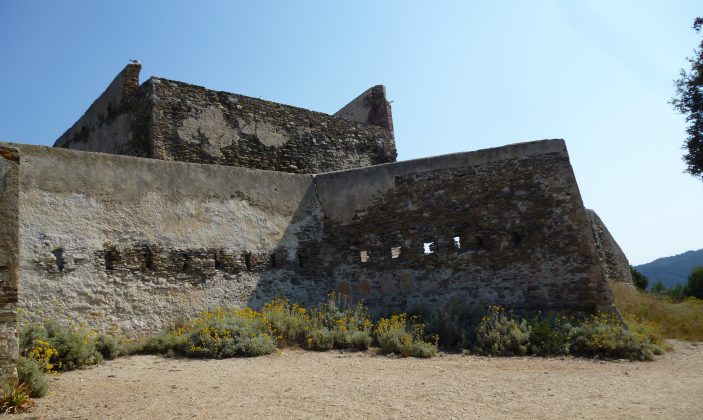 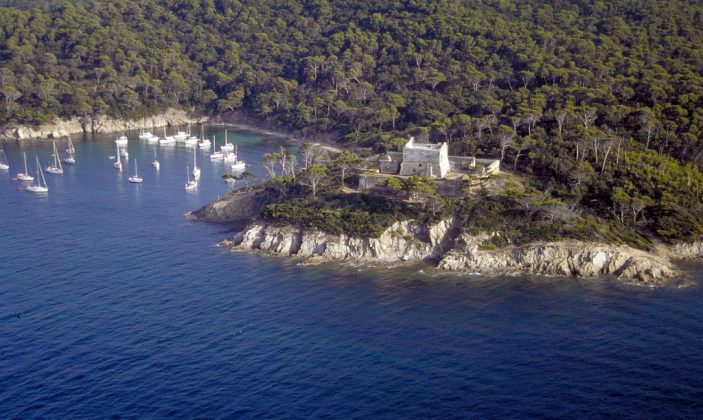 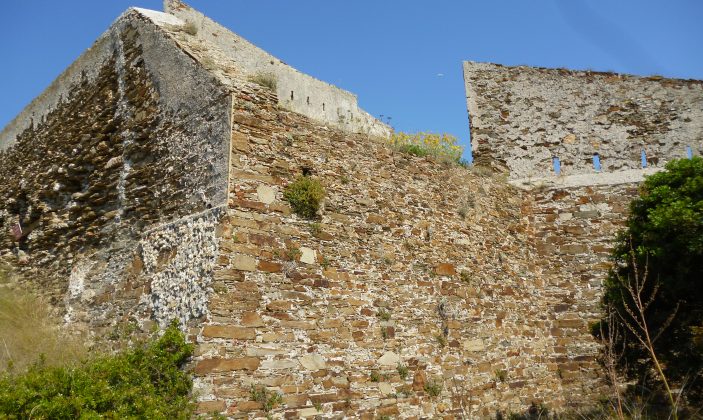 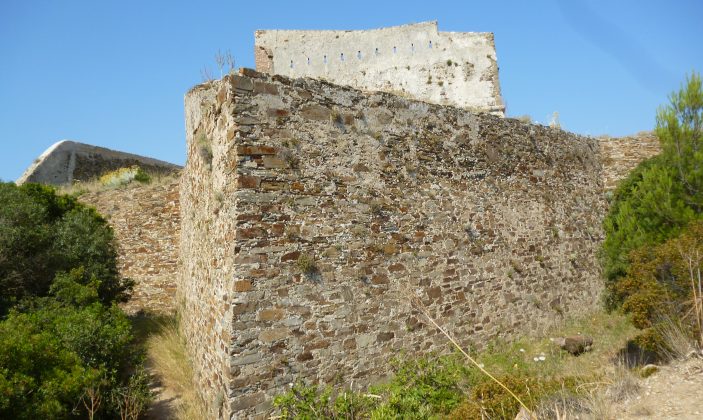 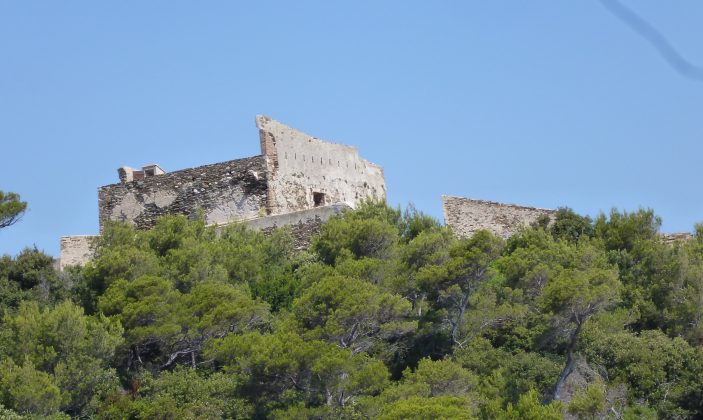 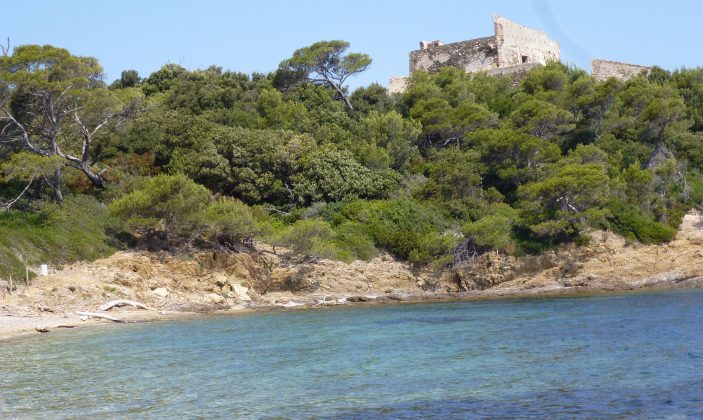 Alycastre fort was built under the authority of cardinal Richelieu between 1633 and 1637 to defend the coast and prevent the landing on the beaches nearby. Closed to the public.

A squared pyramidal tower with an eight-pointed star enclosure and drawbridge gate entrance.
After the British troops retreat in the late eighteen century, it was modified between 1811 and 1814 under Napoleon. It was a state prison between 1848 and 1875.
Listed as “Monument Historique” and owned by “Conservatoire du littoral “ since 2011.
It is said that the Iron Mask stayed two day here on his way to Sainte-Marguerite island.
Alycastre bay is where the island most famous legend took place. Once upon a time an ugly and cruel beast had chosen residence in the Alycastre bay cave. The dragon named “La Lycastre” swallow every human being crossing his path. The locals were terrorised and implored God. And then during a storm, after the wreckage of his ship, a brave knight was rescue by the villager. After recovering he decided to thank his guests to challenge the monster. La Lycastre well fed in his lair was taken by surprise by the first stroke given by the knight. Followed by a long battle, with his long sword the knight put out of its misery the monster. The locals found peace and named the bay “Alycastre”.
Today the remain of the lair are still visible.

Reminder : from June 19 to September 20, access to forest areas exposed to the risk of fire is regulated in the Var. For information,
http://www.var.gouv.fr/acces-aux-massifs-forestiers-du-var-a2898.html