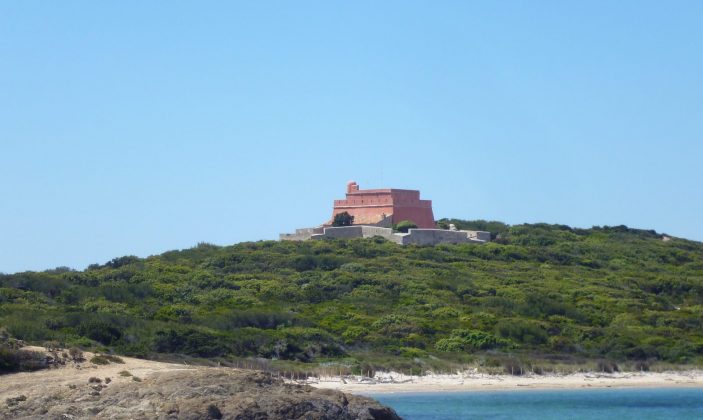 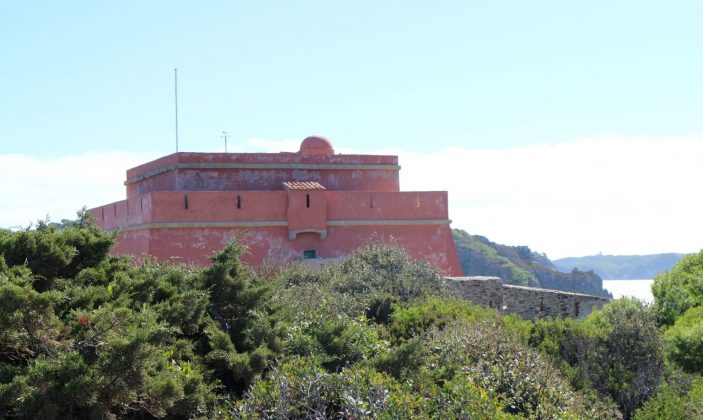 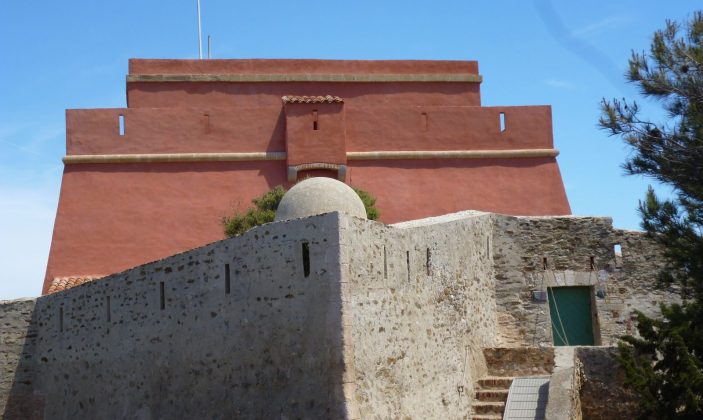 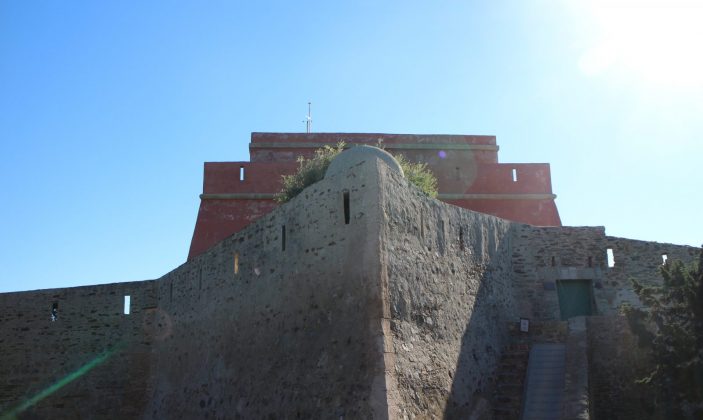 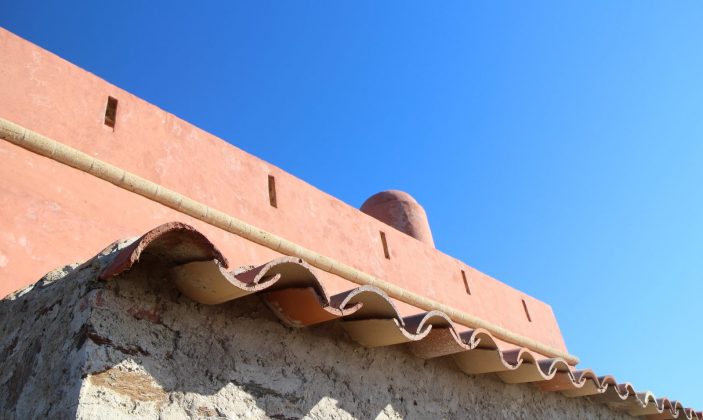 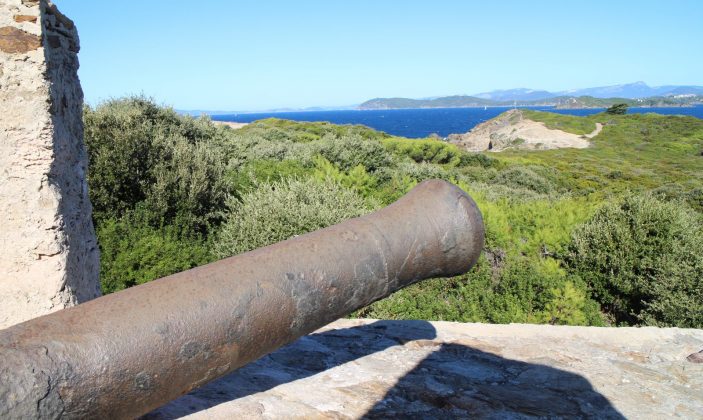 Built between 1633 and 1640 by order of Cardinal Richelieu, he had a key strategic role in the control of the entrance of the channel leading to the harbor of Toulon. With his little brother (Le Petit Langoustier on the island nearby), it played an important role in controlling the entrance to the little pass. Since 2006 he has assigned to the “Coservatoire du Litoral”. A restoration was undertaken. Closed to the public.

Surrounded by a serrated and crenellated enclosure with ditch dug into the rock, it is composed of 2 vaulted levels and an upper terrace designed as a battery. At 2/3 of the height, the tower is girded with a round path constituting the infantry crest.

The interior, refurbished under the Empire, has in the ground floor a cistern and a powder magazine, with direct access corridor drilled after the fact. On the 2nd floor were the dwelling and the staircase leading to the terrace, with the initial entrance served by an external staircase.

This tower was completely restored by a passionate, Doctor Paul Vuillard, in agreement with the architect of the “Bâtiments de France” and the “Marine Nationale” the owner.

Closed to the public.
Exceptional visit during the European Heritage Days.

Reminder: from June 19 to September 20, access to forest areas exposed to the risk of fire is regulated in the Var. For information,
http://www.var.gouv.fr/acces-aux-massifs-forestiers-du-var-a2898.html